A UK contractor and one of its directors have been charged £178,000 in fines and costs following a fatal crane incident in London in March 2009.

The two were prosecuted by the Health and Safety Executive (HSE) and pleaded guilty to breaching regulation 8(1)(c) of the Lifting Operations and Lifting Equipment Regulations 1998.

Carpenter Craig Page, 26, was working on the building site in Denning Road, Hampstead when a mini-crawler crane overturned while attempting to lift a skip full of concrete, that was well beyond its capacity. The boom of the crane struck Page, causing crush injuries to his upper body. He died at the scene. 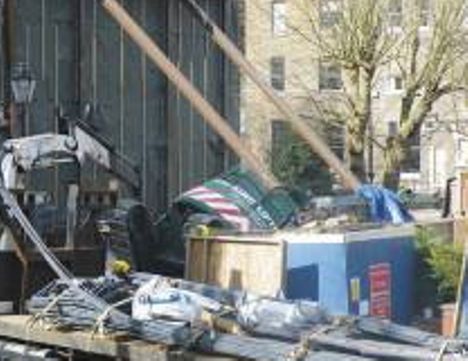 HSE inspector, Dominic Ellis, said: “From the start of this project the defendants failed to control even the most basic of risks on the construction site. These failings ultimately resulted in the tragic and entirely avoidable death of Mr Page. The defendant’s failure to appropriately plan, manage and supervise lifting operations on site led to this incident. The attempted lift of a liquid concrete load at a distance far in excess of the crane’s safe working parameters was wholly inappropriate. The potential for overturn in these circumstances is well known, entirely foreseeable and could have been simply prevented.”

Objections are not the issue. You are.