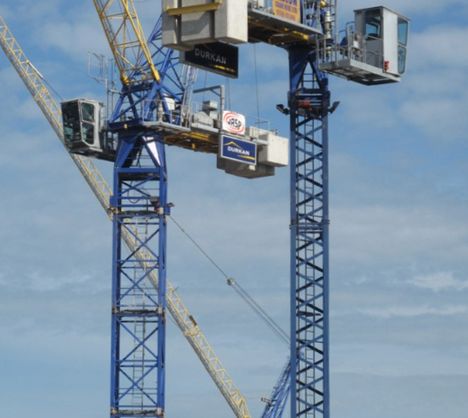 Firefighters have rescued a tower crane operator who collapsed in his crane cab, about 35 metres above a site in north-east London today. Around 20 firefighters were called to the scene in Hertford Road, Hackney this morning.

According to reports, the emergency services used the crane’s internal ladder to reach him and gave him first aid. They then used ropes and other specialist equipment to lower him to the ground. The London Ambulance Service said it treated a 49-year-old man who was unwell who was then taken to hospital.

The crane a Jaso luffer was one of the units working on a Durkan canal side housing project at Kingsland Wharves.