A three axle All Terrain crane went over in Fort Collins, Colorado yesterday while lifting a tree from the back yard of a home in the town. 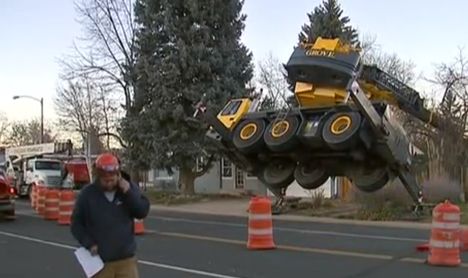 The crane looks to be well set up

The 50 tonne Grove GMK3050 had its five section 38 metre main boom fully extended and at an angle of around 30 degrees or so. It is equipped with 9.6 tonnes of its 11.6 tonnes maximum counterweight and in this configuration should have a capacity in the region of two tonnes or so. 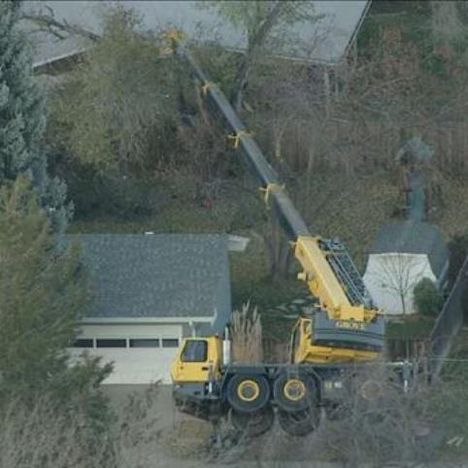 The crane was lifting with its full 38m boom

The crane looks well set up with outriggers appearing to be fully extended and decent sized mats in place. So one has to assume that the tree was heavier than expected, and that the overload system was set with full counterweight? Whatever happened an overload situation is to blame – as usual.

Thankfully no one was injured in the incident and even the damage looks light with the boom coming to rest in the branches of a large tree. 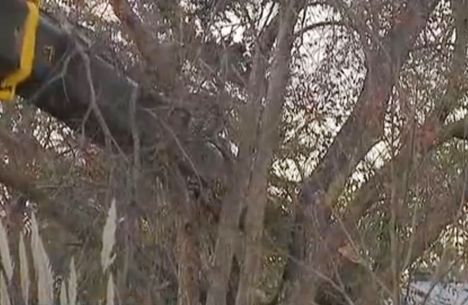 Lifting trees!! what more is there to say… one imagines that the crane operator is wishing that he had installed the two missing counterweight slabs now?