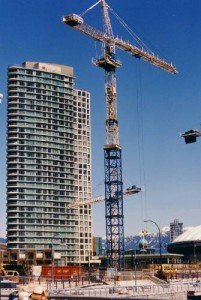 Dartford, UK-based Select was fined £100,000 plus costs of £33,000 at a case at the Old Bailey in Central London after being prosecuted over the incident, which saw the top of the Comedil tower crane fall into the Croydon Park Hotel. This left the crane’s operator with multiple injuries, although no one was killed.

The crane’s cab fell after an erection crew, working to extend the tower, removed fittings and failed to secure the cab with the required bolts and washers.