We have received photographs of an incident involving two five axle All Terrain cranes in Caracas, Venezuela last Friday. 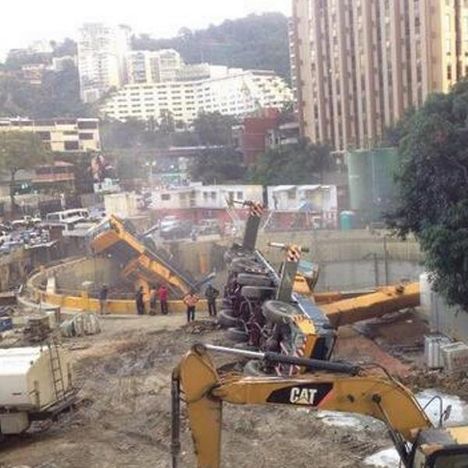 The incident occurred at the site of the Tamanaco station on Line five of the Caracas Metro, miraculously no one was hurt or injured.

We understand that the cranes, reportedly two 100 tonne Liebherr LTM1100-5 owned by Grúas y Transporte Libertador, were working from opposite sides of a large access shaft, and tandem lifting a large truss beam onto the top of the shaft, when the outriggers on one crane sank into the ground causing it to overturn and then pulling the other crane over. 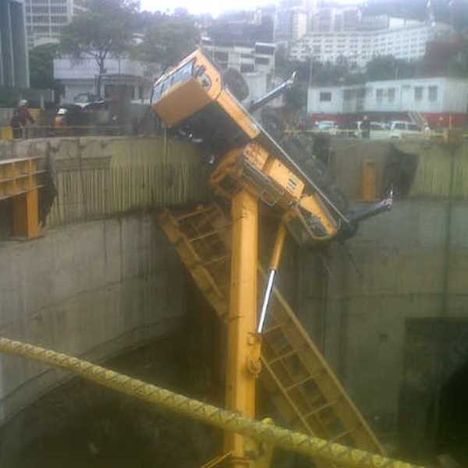 One crane simply turned onto its side, while the other tipped into the shaft and eventually slipped all the way in. It also punctured a diesel storage tank as it went in, which then leaked out in to the street resulting in a road closure. 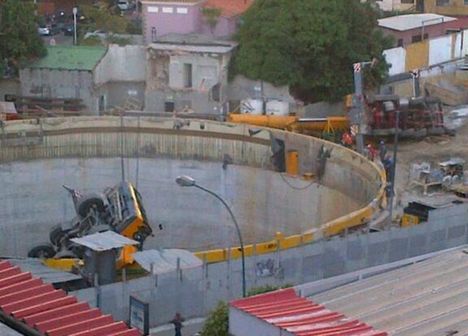 A later photograph shows the crane right in the shaft