As well as the dynamic and static overload tests the programme is also testing the new climbing system.

At around 45 minutes, each stage in the climbing process can be completed twice as fast than with conventional climbing equipment. The cable-based remote control for the hydraulic unit makes the job much easier as the fitter is always at the correct level. The climbing process meets the safety standard of the EN standard 14439 and during the prototype assembly the erection procedures for climbing as well as jib assembly were further improved.

At around 45 minutes, each stage in the climbing process can be completed twice as fast as with conventional climbing equipment.

The 1000 EC-B 125 Litronic has the largest capacity of the Liebherr range of Flat-Top cranes and is aimed at the erection of wind turbines and power station and plant construction. 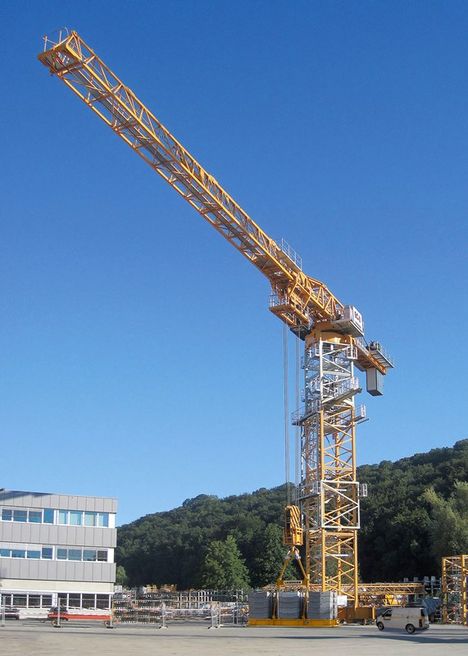