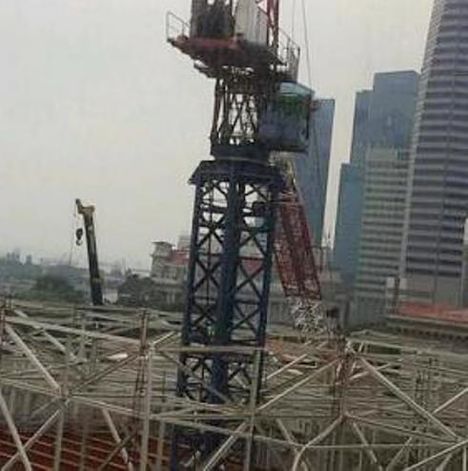 The crane after the incident

The luffing jib crane was said to be lifting a large load this morning when it lost is concrete counterweight which then led to the jib and the load dropping onto scaffolding below. While it has not been confirmed, we understand from local sources that those who died – including a project manager – were struck by falling counterweight or jib parts. 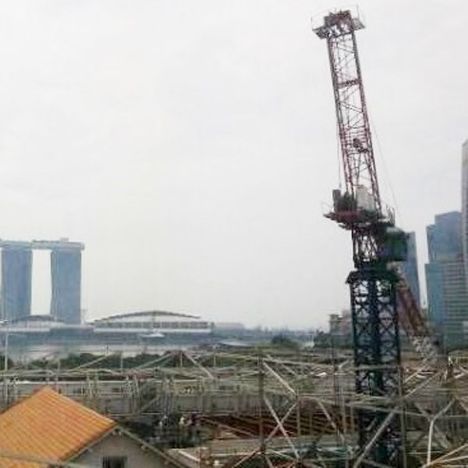 The National Art Gallery is being developed on the site of the former City Hall by one of Japan’s largest contractors Takenaka, in a joint venture with Singapore Piling – Takenaka-Singapore Piling Joint Venture – so far it has declined to comment. 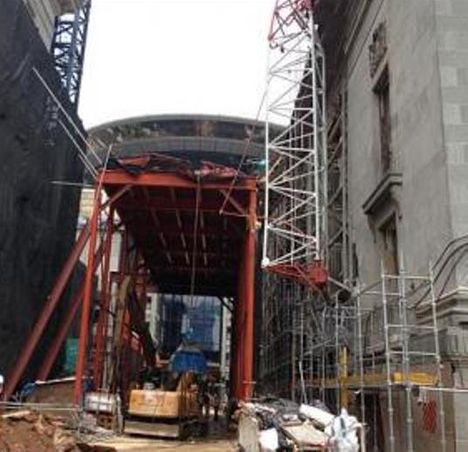 The Job and counterweight came down on scaffolding

This is the second crane incident on this site in three months, a crawler crane went over in July, dropping its boom into Coleman Street.

Testing times for the truck crane