OSHA has elevated the status of the signalperson to an even more critical position within the crane crew. In fact, the Cranes & Derricks rule, passed in the fall of 2010, has eliminated the “casual” signaler altogether. But while the rule enhances crane safety with its requirement that signalers be qualified, it still leaves open to interpretation non-traditional forms of signaling. And where blind and non-standard picks are concerned, does the reg’s vague reference to “new signals”—in addition to hand signals, verbal signals, audible signals, as well as radio communications allow for flexibility or create confusion? 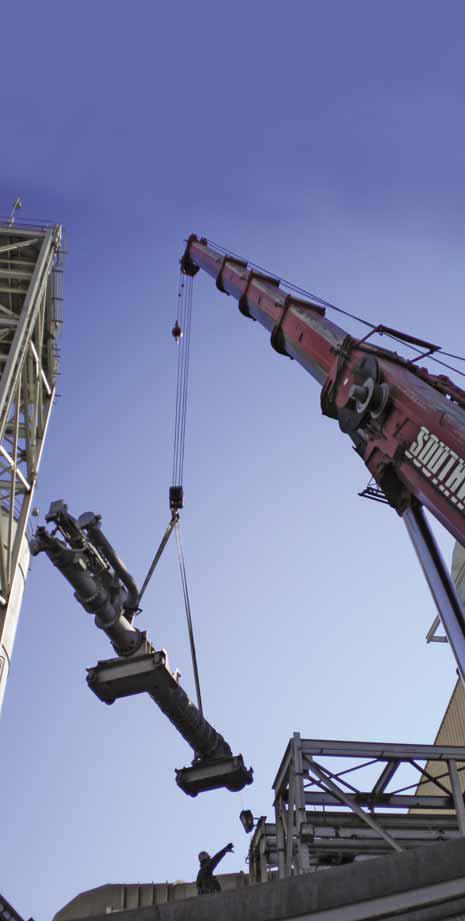 “Never before has this much detail been spelled out in regulation,” Paul Satti of the Construction Safety Council in Hillside, Ill., says of the OSHA rules for signaling. “In the past, signaling was done solely on the cooperation and collaboration between the signalperson and crane operator.

Problems with this were that when personnel changes, the rapport you have with one operator may be different with another. This standardizes the whole process.” OSHA puts the burden on the employer to ensure that the signaler is recognized as a qualified person through one of two options: a third-party qualified evaluator, or the employer’s qualified evaluator. The signalperson must know and understand the types of signals used; be competent in the application of the type of signals used; have a basic understanding of equipment operations and the crane’s limitations; be able to apply OSHA’s crane rule, including powerline clearance distances; and demonstrate all this through an oral/written test and a practical test, explains Satti.

“So, with all this in place, the new rule removed the casual signalperson from the job, and made it a highly-skilled support function to be used within the context of a complete crane management system,” Satti continues. “A signalperson is now one who is qualified to perform their job and has in possession a recognized degree, certificate, professional standing, or who by extensive knowledge, training, and experience can successfully demonstrate the ability to perform work.”

Some don’t believe the new rules go far enough. Jeff York, who created a standardized verbal system of crane signaling, says OSHA’s rule is too loosely written. “We still don’t have a concrete standard for verbal signals,” says York. “As long as you and I agree on a system of verbal signals, we can do whatever it is we like. There are no specific guidelines to follow, and it’s not enough.” 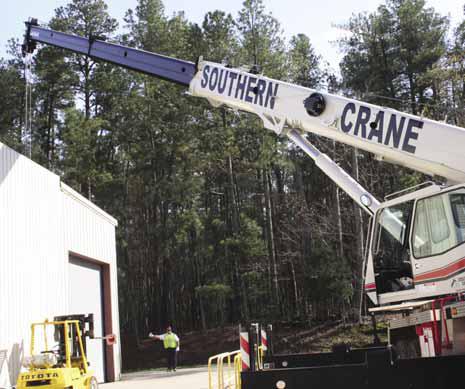 Many signalers “assume the operator can see everything,” says York, of Signal-Rite, San Leandro, Calif., whose crane signaling system can be found in the 6th edition of Bob’s Rigging & Crane Handbook. “What they don’t understand is cranes inherently have different blind spots based on manufacturer.” Many signalers don’t realize this, York says, because they never think about it and nobody takes the time to bring it up to them.

Blind picks have always been a challenge for crane operators and signalers. When the two can’t communicate effectively, the challenge can become a nightmare. OSHA specifies that a signalperson must use hand, voice, audible, non-standard, or “new” signals.  Audible signals can be given via devices such as an air horn, where certain commands are represented by a certain number of short, audible signals. OSHA only requires that the means of audible signal be agreed upon ahead of time by the signalperson, operator, and lift director. An example of non-standard signals would be in a plant situation, where the signal person is hooking to the load and the operator can’t see him, and banging on steel is chosen as the means of signaling. “Non-standard is where you’re replacing standard means of signaling with something more feasible,” explains Joel Oliva, program manager, test development, for the National Commission for the Certification of Crane Operators.  The agency defines “new” signals as a method other than hand, voice, or audible signaling. This method may be used where the employer demonstrates that the new signals provide communication that is at least equally effective as the other methods.

“In the 1026.14.19 section of OSHA titled ‘Signals,’ there is new terminology we’ve never seen before,” says Oliva. “What they mean by ‘new signals’ is unclear. It will be interesting how it plays out in how you go about training for them, when you can use them, and whether you have to document them. Lots of questions will be asked.” The signals used, and the means of transmitting the signals to the operator, must be appropriate for the site conditions, according to the Cranes & Derricks rule, and the ability to transmit signals between the operator and signalperson, during the pick or placement, must be maintained. If there is an interruption, the operator must safely stop operations until transmission is re-established and a proper signal is given and understood.

No clear line of sight

For picking in the blind or “not in full view of the operator,” hand signals obviously cannot be used. OSHA specifies that if the signaling is performed via radio communication, all those in communication must identify themselves each time they speak. And, OSHA makes no requirement that those involved speak English.

The agency’s rule only specifies that operator, signalperson, and lift director be able to effectively communicate in the language used. Current technology, in both voice signaling and radio hardware as an option for transmitting it, has improved signaling in a big way. Earl Johnson III, president of Southern Crane, a Raleigh, N.C.-based EMCOR company that provides crane and rigging services, says that on blind picks, his crews are typically setting A/C units on roofs of strip malls or multi-story buildings, where the operator is running a crane from below, such as in the parking lot. The signalperson will most often be positioned on the roof, where he or she has a clear line of sight of both the crane and the load. If the operator can’t see the signalperson clearly, they’ll most often opt for radio communications, depending upon the situation.  “Radios are a good way to communicate when you’re working up at higher elevations and longer distances across roof lines,” states Johnson. The signalperson simply verbalizes what he/she would read off the hand-signal chart—“boom up,”“boom down,” “swing left,” “swing right.” And intoday’s radio technology, not only are wireless and hand-held devices common, many are voice activated. The operator can position the device on a dash, and with a longer microphone and headset can communicate and still have his hands free. “We very often use hands-free,  voice-activated radio units in situations where the operator cannot see at all, nor can he see the signalperson, especially on a high rise,” says Johnson. “If the signalperson is not close enough for the operator to have clear visibility of hand signals, then we will most likely go to the radio.”

Training signalers to be prepared for picks in the blind is performed in many different ways, but the goal is the same: The crane operator must follow the signaler’s directions. Some trainers will blindfold the operator, while others will cover the cab windows so that the operator cannot see out. “The object of the exercise is to see how close the operator can place a weight inside a predetermined area using only the voice commands of the signalperson,” explains Satti.

This sort of exercise is effective in training for blind picks. “It’s readily apparent if there is poor or misunderstood communication because the operator is just responding to what the signalperson is telling him to do,” says York. Those hoping to pass NCCCO signalperson certification tests have to prove their ability to give correct verbal signals, and they’re asked specifically to give signals via radio communication, says Oliva. “We tell them, ‘Assume you’re giving signals as if the operator is in the blind,’” says Oliva.  “They’ve got to communicate information through their words directly to the operator. We want them to give as much detail as possible, to paint a mental picture.”