A heavy storm in northern Belgium on Saturday took down two tower cranes at the site of a new hospital in Oekene, Roselare. 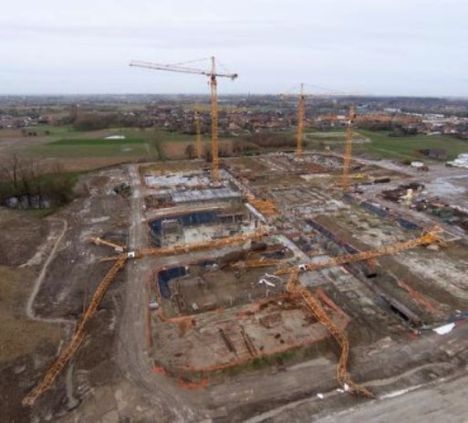 The foundations/base of the cranes, which appear to be traditional Liebherr top slewers, look to have been the weak point with both going over fully intact. Four other similar cranes on site survived the storm intact. 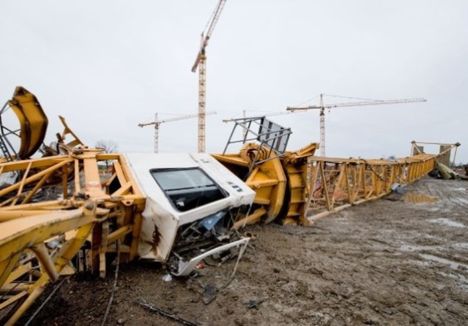 The cranes overturned at their foundations

The storm also severely damaged over 20 homes and a large tract of greenhouses. The foundations of the two cranes appear to have given way in the face of the storm.