A boom truck overturned in Milwaukee on Friday as it was unloading and placing steel beams and landed across four cars, one of which was occupied.

The two people in the car managed to climb out of the crushed car without serious injury. Witnesses claim that a gust of wind caught the load and helped cause the incident. The beams broke free and dropped on the cars, followed by the crane boom.

The crane is owned and operated by Tollefsen Steel and Fabrication of Muskego, and we understand that the operator suffered minor injuries.

A team from Dawes crane and rigging successfully recovered the stricken boom truck. Looking at photos we have received it seems the crane was short rigged on the side it tipped. Osha is investigating. 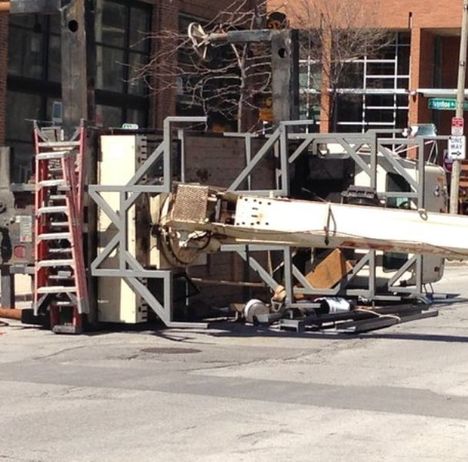 The crane was short rigged on one side