A crane operator received serious burns after his mobile crane was struck by lightning in Lauderhill, near Fort Lauderdale, Florida yesterday.

The crane was installing a large timber utility pole/pylon when the storm came in and struck the boom, information is sketchy on whether the operator, 22, was in the cab at the time or alongside the crane. After the strike, he was said to be wandering around in a daze. 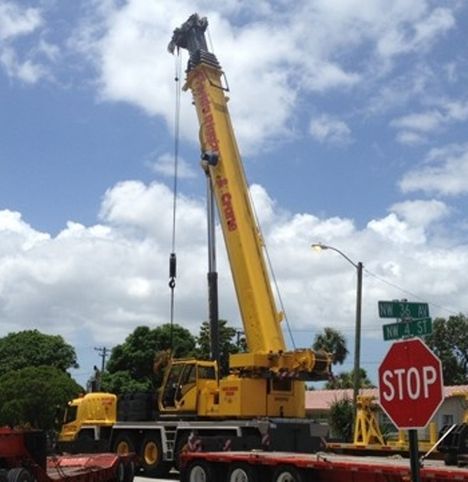 The crane with the boom retracted after the incident

The crane a Grove GMK 5165-2 is owned by Florida Rigging & Crane of Miami and had its boom extended when the storm hit. The operator was taken to hospital, but we have no news of his condition.

With thunder and lightning hitting both the USA and Europe at the moment, operators ought to consider bringing their booms in where possible and standing clear of the equipment until the storm passes.