A four axle truck crane overturned in Laguna Beach, California, on Friday with the boom landing on the roof of a home.

The crane, a relatively recent Terex, had completed a small lift at a neighbouring house and was reversing up the hill and around the corner when the rear axle lifted off the ground depriving the crane of any traction. Another vehicle attached a tow line to help it move, but was able to shift it. 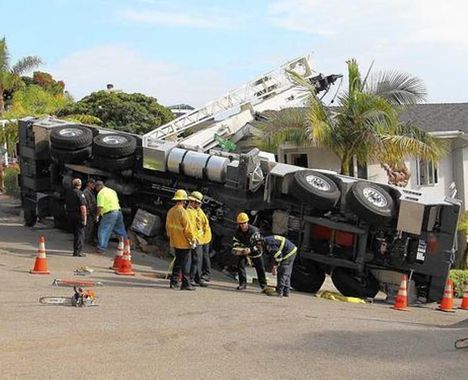 The crane was reversing around the corner when it lost traction

The crane operator then had the bright idea to raise the boom in order to throw weight onto the back axles restoring traction. However raising the boom while on wheels, especially while on a slope, had the predictable effect of causing the crane to overturn onto its side. Thankfully the operator was unhurt and no one else was involved in the incident. 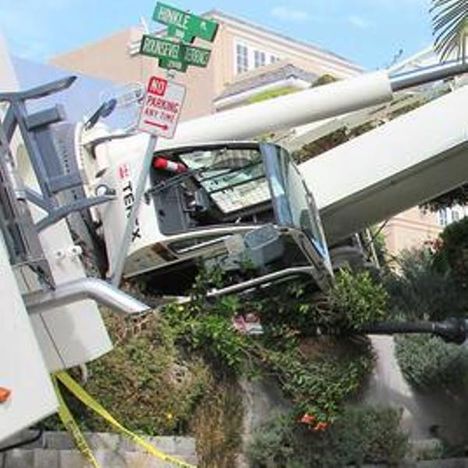 The operator had a lucky escape

Eight tow trucks were brought in to winch the crane back onto its wheels, the home was declared unsafe for habitation forcing the family staying there to move to a hotel.