An EOT crane lifts rocket and space equipment at NASA’s Wallops Flight Facility, one of the oldest launch sites in the world. 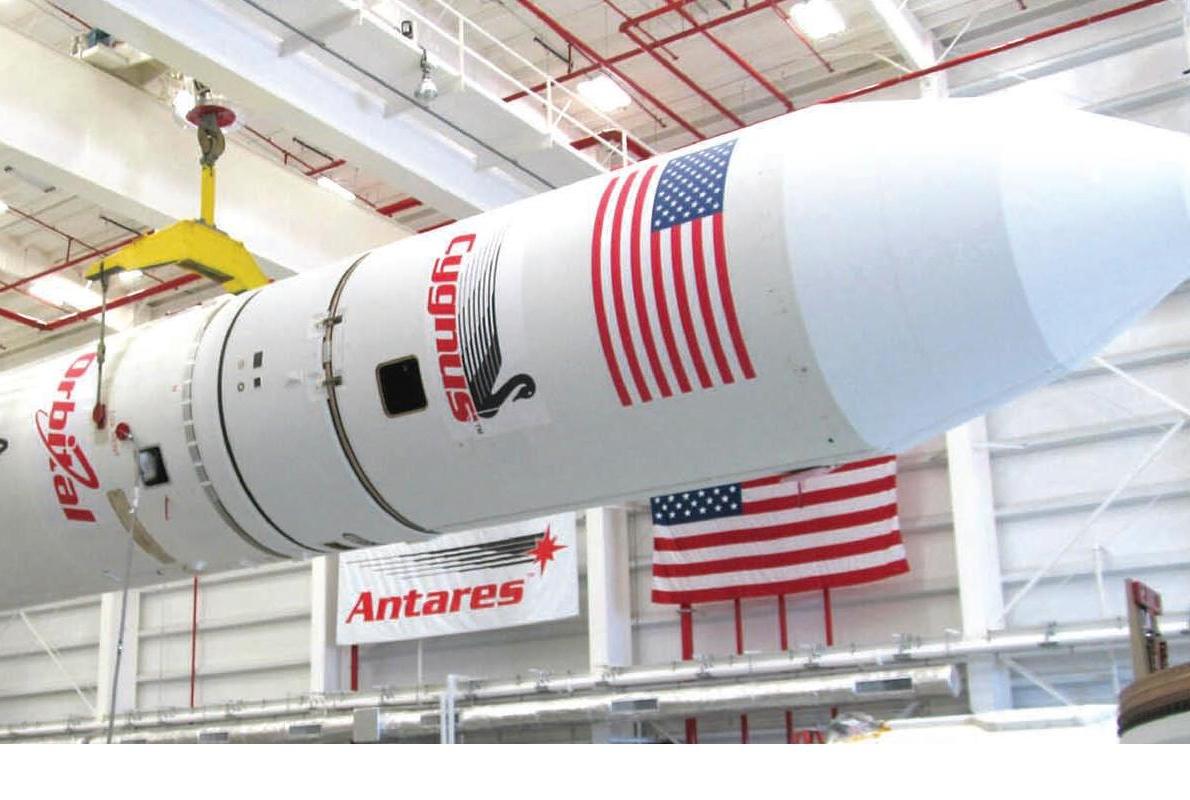 Space and rocket specialist Orbital Sciences Corporation recently launched its Cygnus cargo logistics spacecraft into orbit. The Antares rocket was lifted to the first stage of its journey by a USA-manufactured crane system.  The 70 ton capacity electric overhead travelling crane, built by Whiting Corporation, is deployed at NASA’s Wallops Flight Facility, located on Virginia’s Eastern Shore, from where the Antares expendable launch system delivers payloads of up to 5,000kg to the International Space Station. 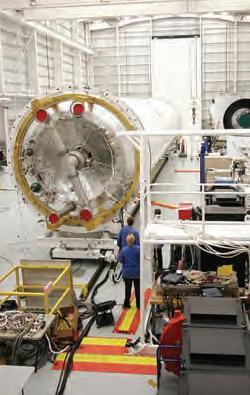 The 240,000kg Antares, which succeeds the space shuttle, made its first commercial resupply services (CRS) mission this year.  The Wallops Island facility’s 90-foot span main crane is located in its horizontal integration area, where the cargo rocket is assembled on its side, prior to being rolled outside, positioned vertically and launched.  The delicate task of handling the 40.5m rocket called on the extensive crane manufacturing experience of Whiting, which manufactures lifting systems for applications where safety and reliability are critical, including the nuclear power and energy infrastructure industries as well as public transit authorities, rail maintenance and automotive and general manufacturing.

The Wallops Island crane, which also incorporates a supplementary 50-ton assembly crane, was designed and built to comply with NASA Critical Lift Standard 8719.9, which spells out NASA’s goal for achieving “best class” status as an organisation focused on reventing mishaps.  “Given the risks associated with lifting and transporting rockets, we manufactured the crane to the relevant standards, which are very detailed and have stringent manufacturing, document, quality control, and safety standards,” said Alan Horgan, supervisor, crane product group, Whiting Corporation.

“These standards are significantly above typical commercial quality, which is a type of equipment Whiting excels at providing.” Noteworthy features of the crane system include AWS welding inspections on critical load path welds; precision micro-speed capabilities with state-of-the art Vector and VFD technologies; tandem operation from one radio control between two different capacity cranes, either 70 ton or 50 ton or both; and clean room considerations.

Hogan added: “A major advantage Whiting offered for this project was its depth of experience with USA industry, where safety and reliability are critical. Whiting cranes and material handling systems are already deployed in defence and nuclear areas, where we have achieved ISO and nuclear-specific certifications.” In addition to being a member of the Nuclear Industry Assessment Committee, with its rigorous auditing processes, Whiting is continuously engaged in crane design, safety and maintenance work with some of the world’s biggest manufacturing concerns, including car manufacturers.

Headquartered in Monee, Illinois, Whiting’s facility is a fully-equipped, integrated manufacturing facility with a complete machine shop for material preparation, fabrication, machining and component assembly and testing. The facility also houses the headquarters and a regional office for Whiting Services, Inc., which specialises in the maintenance and inspection of Whiting rail maintenance equipment and overhead cranes, as well as similar equipment of other manufactures.