A driver who forgot to stow his loader crane was injured yesterday near Murten (Morat) Switzerland after he struck a bridge on the A1 highway to the west of Berne.

The truck was turned on its side by the impact with the bridge, resulting in the driver breaking his arm. He had been unloading material and for some reason forgot to stow the crane before heading off down the road. The highway was closed for three hours, but an inspection indicates little to no structural damage to the bridge. 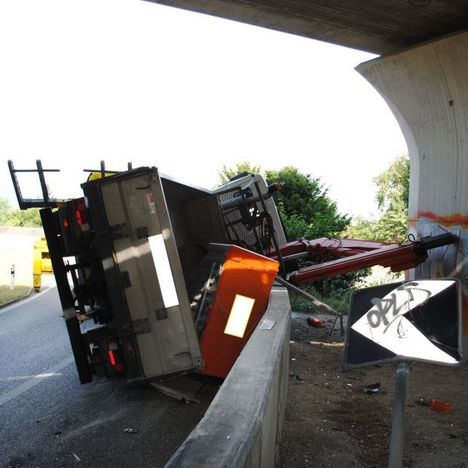