A crane operator has died after a fall at a city centre construction site in Melbourne this morning.

The man, Billy Ramsey, 59, a highly experienced crane operator was climbing to his cab, either on the scaffolding at its base or in the tower itself. No one saw him fall but his body landed on the scaffold. Colleagues tried, but were unable to resuscitate him. 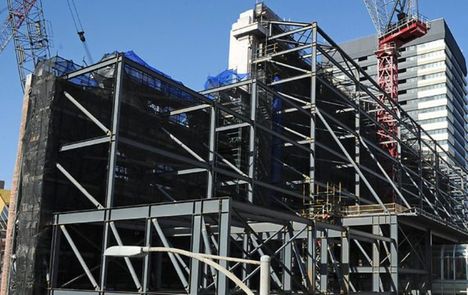 The event occurred on the Myer Emporium site, managed by Melbourne based contractor Grocon.

Grocon chief executive Daniel Grollo said: “Our sincerest thoughts and condolences go out to the family and to co-workers, this is obviously a terrible event. As a sign of respect, Grocon has closed its sites across Victoria today pending an investigation and we’ll update things in the morning.”