A crane operator had a near miss yesterday in Odessa, Texas when a boom pivot pin came out. Owners of similar cranes are urged to pay particular attention to the boom and lift cylinder pivot pins.

The crane a new 120 tonne Link Belt HTC 3140 truck crane, was carrying out its third lift when the incident occurred, thankfully fast action on the part of the operator saved any injuries or damage to anything but the crane. 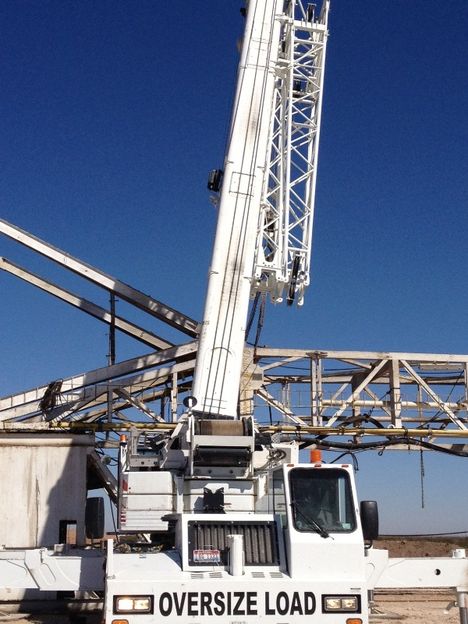 The crane was lifting a large oil derrick when the operator heard a loud ‘pop’ and the crane shifted. He immediately hoisted down and stopped the operation. Upon investigation he found the main boom pivot pin had “walked out” of the superstructure due to loose retaining bolts, causing the boom to come free on one side. 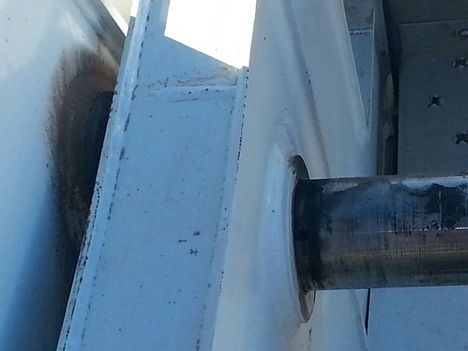 The failure then caused the welds supporting the bush mounts in the superstructure to fracture. The boom slowly leaned by around a metre to the side. Oddly the photographs that we have been sent also show that the lift cylinder pivot pin had also come loose.

The boom was extended 86′ (26m) and was working at a 15′ (4.5m) radius. It was found that the bolts holding the pin in place had fallen out allowing the pin to walk out. We are told that the bolts are not in an easy spot to see for an operator doing his pre-lift inspection. This was a brand new crane that – we are told – that went into service just 24 hours earlier. 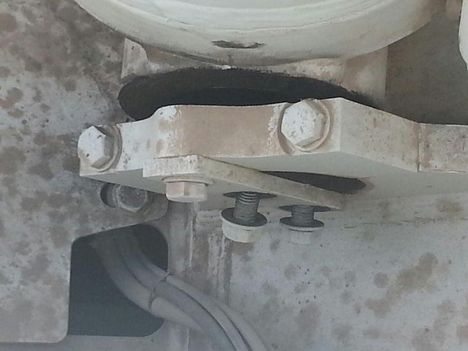 Owners are recommended to check all boom pins on Link Belt 3140 cranes, although the same should be said of all cranes.

This is thankfully a rare situation, and probably more likely to occur on a brand new crane than on an older one, unless it is very badly maintained and subject to constant vibration.

Time was when new cranes were shipped across the USA by train prior to delivery almost all the bolts would be loose on arrival. We do not know how this particular unit was shipped, but it may well have played a part. What it does show is how important a thorough pre-delivery inspection is, as well as pre-use checks each day.