A truck driver travelling with a fully rigged lattice crawler crane on his trailer, was surprised last week in the Netherlands, when the crane boom caught up on a high tension overhead power line. 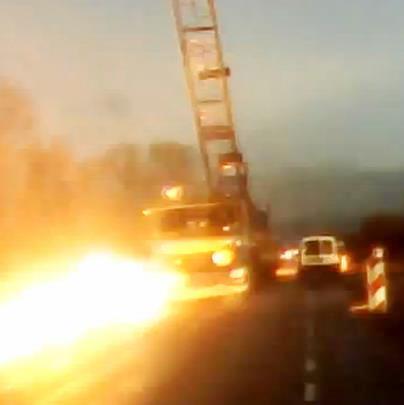 The boom striking the power lines is caught on dash cam

The incident occurred last Thursday in Werkendam between Dordrecht and Gorinchem, the boom struck the power lines just as a car with two ladies in it passed underneath, their dash cam caught the incident just as they approached the truck.

The power lines pulled the crane’s boom back over the superstructure, but the crane managed to remain on the back of the trailer – just. Miraculously no one was injured or hurt in the incident. What the crane company and truck driver were thinking by moving a fully rigged crane on a public road is anyone’s guess. A definite Death Wish that’s for sure. 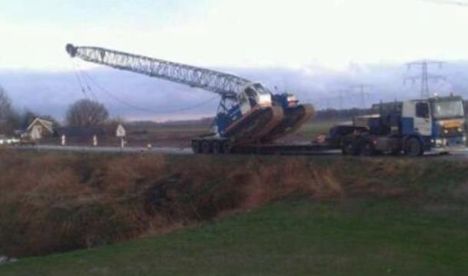 The crane after the incident