A tower crane collapsed in the early hours of yesterday morning on a construction site in Xi’an the capital of north west China’s Shaanxi Province killing four people and injuring four others. 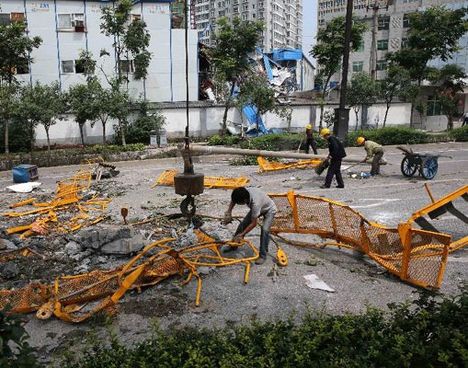 Workers clear up the debris

The collapse occurred in a sudden thunder shower and strong wind at about 1.30am causing the jib to fall on nearby prefabricated apartments which housed the construction workers. 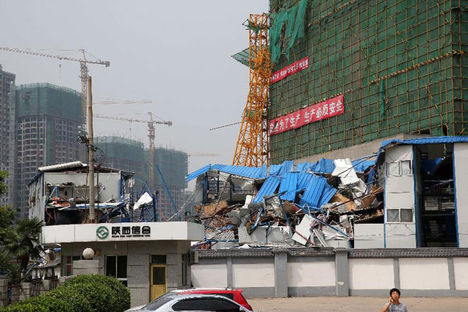 The remains of the tower

The construction site is in the Baqiao District of the city. The sudden winds and storm also knocked down several trees and cut power in some areas.

The sudden storm caused the tower crane to collapse killing four and injuring a further four.