A truck crane overturned in Shreveport, Louisiana yesterday, dropping its boom into the lobby of a retirement home. The telescopic crane, a four axle Grove truck crane, said to be owned and operated by Joyce Crane, apparently had around 30 metres of its main boom extended and was installing an air conditioning unit when it lost stability.

An employee of the home was struck by a roof tile and was taken to hospital for a precautionary check-up. No one else was injured or harmed. 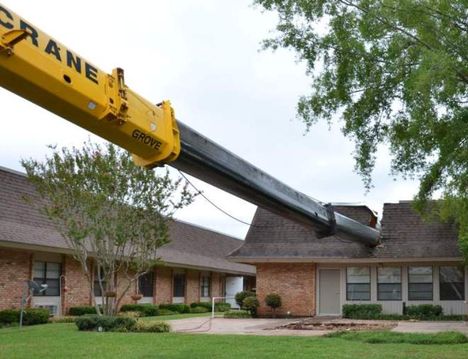 The home’s operator Willis Knighton said that 109 residents had been taken to other buildings on the site while the damage is assessed. The crane also damaged gas and electrical lines.

It looks as though one of the load side outrigger beams was either not fully extended or retracted when the crane tipped and almost certainly explains the incident.

A statement from the homes safety engineer said that the crane’e hydraulics had failed and that the outrigger started to retract on its own. It is hard to understand quite how that could/would happen, when under load and level, although what looks like an oil pool under the retracted outrigger beam supports the hydraulic failure statement.

Other than that it would be a case of overload/lifting to a radius beyond the stability load chart. 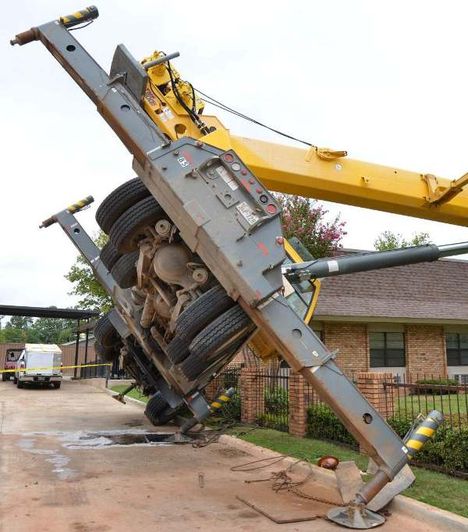