A 500 tonne All Terrain crane overturned in Haifa, Israel on Thursday, at least one person died in the incident. 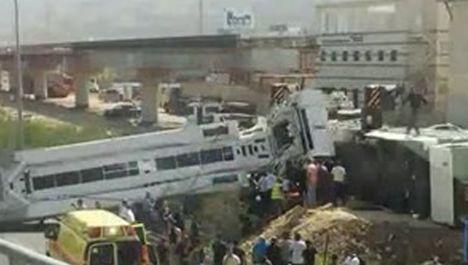 The operator was caught in his cab

The crane believed to be Avi Crane’s 500 tonne Liebherr LTM1500 was working next to the Lev Hamifratz Junction when the ground appears to have given way under the outriggers. 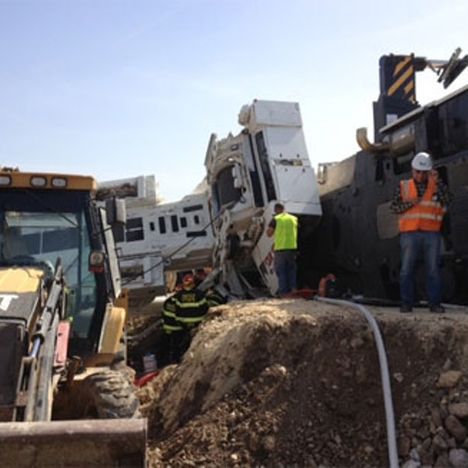 The crane was short rigged

The crane operator, named as 35-year-old Sergei Ponovsky was declared dead at the scene. The machine was short rigged and only had one section extended, in fact it appeared to have been setting up when it went over. The boom came down across the road striking an overpass. 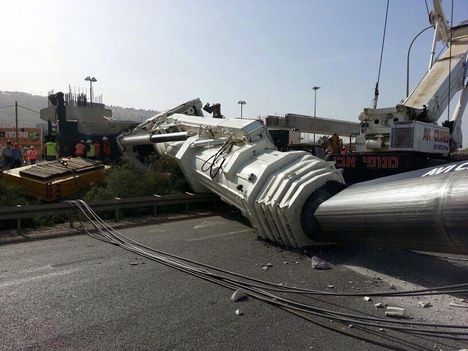 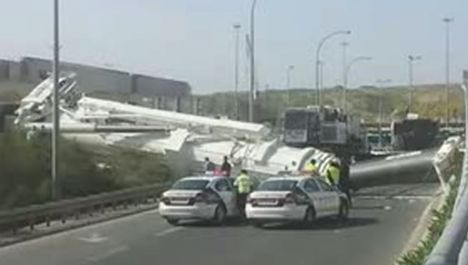 The boom came down across the road 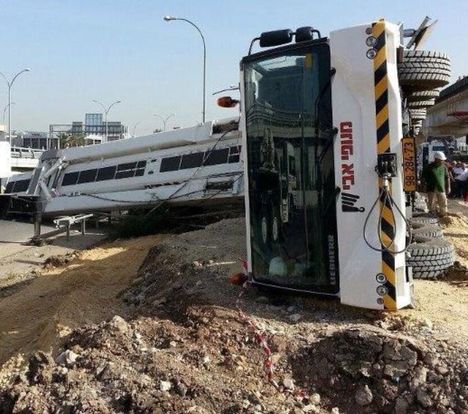 The outriggers appear to have broken through the made up ground

While we have received a number of photographs, details of this tragic accident are scant. We will update when we know more.