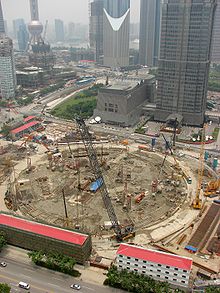 Gensler broke ground on a soaring sustainably skyscraper that is set to become the tallest tower in China. The slender, elegantly spiraling Shanghai Tower will rise 632meters, making it the latest super-tall to spring up in China’s rapidly developing Luijiazui Finance and Trade Zone. A beacon for a more sustainable future, the skyscraper will feature a high-performance façade that shelters no fewer than nine sky gardens, a rainwater recycling system, and a series of wind turbines perched beneath its parapet.

The Shanghai Tower is composed of a set of nine cylindrical buildings stacked on top of each other and surrounded by an inner façade. A triangular outer façade encloses the entire structure, creating room for nine sky gardens, which serve as public spaces. The mixed-use structure will house businesses, restaurants, cafés, coffee shops and convenience stores. 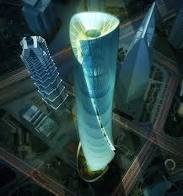