A large loader crane overturned in Heerde, the Netherlands today after one of its outrigger beams snapped. The boom came down onto the roof of a house killing one of the men working on the roof. 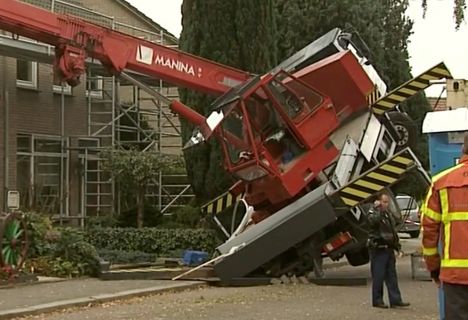 The fallen crane was later recovered by another loader crane with a suspended platform used by the slingers. 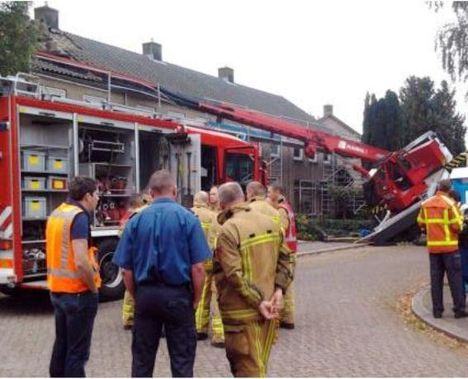