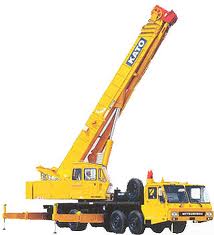 At around 9:53 a.m. Saturday, an emergency call came into the Bolivar County Sheriff’s Department regarding an accident at Quality Steel Corporation in Cleveland.  “There was an industrial accident that resulted in a fatality,” said Investigator Dasel Moorhead. “The gentleman was driving a crane and approximately a ton of weight on the (crane extension boom). It got off balance and turned over.  “The operator was ejected from the crane and crushed when it rolled over him,” said Moorhead.  Bolivar County Coroner Murray Roark reported that 34-year-old Robert Mason was the operator of the crane.  “We transported his body to Jackson today,” said Roark. “We will receive a preliminary autopsy report Monday when his body is returned.  “He was an employee there at Quality Steel,” he said.  Moorhead said that the investigation is ongoing.  “I have investigated the incident and am awaiting the autopsy report to determine the final report,” said Moorhead. “However, it looks like a tragic accident.”  According to the United States Department of Labor Bureau labor statistics in 2009, there were 4,340 fatal work injuries.  “The 2009 preliminary total of 4,340 fatal work injuries represents a 17 percent decrease from the 5,214 fatal work injuries reported for 2008,” according to the bureau of labor statistics.  In 2009, the highest percentage of fatal work injuries occurred during transportation incidents leading with 39 percent. Contact with objects and equipment came in third with 17 percent.