D&G cranes of Australia has issued a safety alert relating to a tower bolt failure on a Comedil CTT 561-A24 crane, working on a site in Canberra.

Earlier this month a new tower bolt suffered a catastrophic failure, the crane was working at the time and the initial report suggested that the failure was caused by fatigue, even though it was new. 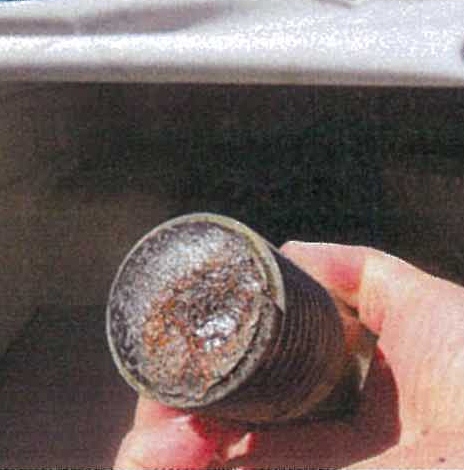 On further investigation it was revealed that scaffold and formwork had been attached to and braced against the tower, close to the failed bolt. Suggesting that vibrations and changed dynamics from the attachments may have played a role in the bolts failure.

The company has sent the bolt to a laboratory for further analysis, but in the meantime it removed and checked all tower bolts and replaced and re-tensioned them and a new dynamic load test was conducted.

It also checked conducted a check on all other cranes on site and ordered a check of all of its cranes for similar scaffold/formwork or other attachments to the tower structures and implements a new rule that no structural alterations or attachments can be made by clients to its cranes without its prior consideration and approval.

This is a classic case of what should occur when a ‘near miss’ occurs, all too often companies, hush this type of thing up, especially if they are of the opinion that the actions of an employee may have been to blame.

OK in this case it would seem that no matter what actually caused this incident the crane company is unlikely to be ‘in the frame’ …..although if further analysis suggests that the bolt was over torqued??

The point is that the industry would be a significantly safer and more professional place if all incidents were covered in this way.

Tomorrow there will be a one day summit in Hamburg, covering safety in wind lifting. This has become a dangerous industry where even some almost ‘household names’ chose, for whatever reason, to hide and even bury information on incidents that occur on their sites, rather than share the information in the way that D&G has.

Hopefully the conference tomorrow will address this issue head-on and do something to address it. In the meantime congratulations to D&G cranes for this first class example.

Sadly I am not holding my breath – But I go with a positive and hopeful attitude, in meantime congratulations to D&G for showing the rest of us how it is done.

Now is the time for you to WRITE.