A man was seriously injured in Calgary on Thursday after he was crushed by a lattice boom section being loaded onto a truck.

The incident occurred while a crane was being dismantled at a construction site on the southeast ring road. The 26 year old man, an employee of Red Deer Piling, was taken to hospital where he was found to have broken leg and pelvis, but his injuries are not considered to be life-threatening.

Occupational Health and Safety inspectors said the man was helping to dismantle the crane and was monitoring the boom as it was being lowered onto a flatbed trailer. The boom then shifted and pinning him between the crane’s boom and the truck. 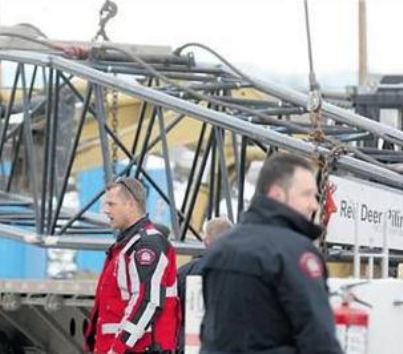 Red Deer Piling is an Alberta based family owned company that specialises in foundation work and has a good safety record.