A traffic accident on Sydney’s Anzac bridge this morning is all over the press- because a crane is involved.

There are no claims of anything sinister or untoward in the accident, a vehicle has simply shunted into the back of another in the morning rush hour – not an uncommon occurrence. However the fact that it was a mobile crane and it pushed the car it hit into a couple of other cars, has caused the story to go viral, with video footage and photos all over the internet. 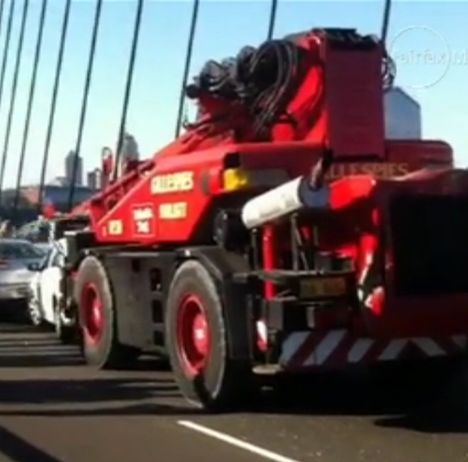 Thankfully no one was seriously injured, although one person was treated at the road side and taken to hospital. The incident did cause traffic chaos for the rush hour, but was soon cleared, however Gillespies crane services, the owner of the city crane involved has its name all over the news. They say any publicity is good publicity! 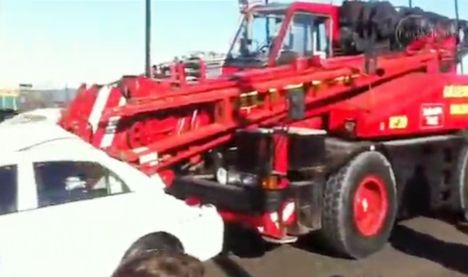