A crane which collapsed killing two people was loaded with four extra tonnes of weight because the owners used the wrong manual, an inquest heard yesterday.

Michael Alexa, 23, was cleaning his car when the crane crushed him and destroyed a balcony in a nearby block of flats in Thessaly Road, Battersea, on September 26, 2006.

Operator Jonathan Cloke, 37, was thrown from the 165ft crane’s cabin as it toppled over backwards because of the extra weight.

Both men died at the scene although it took four days to remove Mr Alexa’s body from under the wreckage, much to the distress of the Romanian’s family. 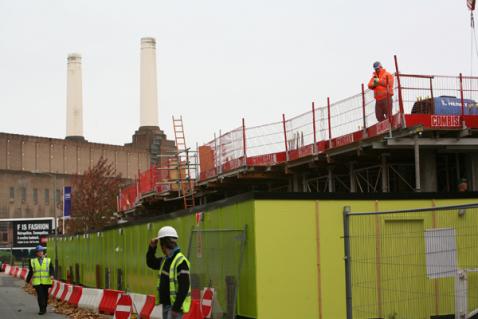 According to the correct manual, the machine, owned by Falcon Cranes, should have had eight tons of concrete balancing its load.

However, the contractor used a manual for a different model of crane which needed 12.2 tons causing it to over-balance.

A tower crane such as the one involved in the collapse uses a slew ring, a series of rollers, to enable it to turn 360 degrees.

The ring is fixed to the body of the crane by 24 bolts and the condition and torque, or tightness of these, need to be regularly independently inspected Two months before the accident, four bolts fractured and another 10 were found to be loose on the same crane – they were replaced using instructions from the wrong manual.

Mr Bolton said that Falcon did not have the precise manual for that particular crane and that pages were missing from the one they did have.

Despite this, the Crown Prosecution Service decided in September last year there was not enough evidence to press ahead with a criminal prosecution for either corporate manslaughter of manslaughter by gross negligence.

The crane itself was over 20 years old and was purchased in 1978 from a Norwegian company who were not named and have since gone out of business.

It took four days to remove Mr Alexa’s body because the “mobile” crane, brought in to lift the fallen machine, was too heavy for the fragile ground in the construction area.

The Barratt Homes construction site was on the former site of John Milton School – the half-built flats were demolished and rebuilt following the collapse.

The inquest, which is expected to last until Friday, continues.