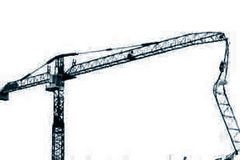 The UK’s Tower Crane Register, introduced in 2010, will be abandoned, as recommended in an independent review of health and safety legislation published in November 2011.

In his report, Reclaiming health and safety for all, the author, Professor Ragnar Löfstedt, recommended that The Notification of Tower Cranes Regulations 2010 and the Notification of Conventional Tower Cranes (Amendment) Regulations 2010 be revoked, “because the Impact Assessment was not able to identify any quantifiable benefits to health and safety outcomes.”

The response to the findings of the report from The Health and Safety Executive (HSE), Britain’s national regulator for workplace health and safety, included the following:

“Professor Löfstedt has made recommendations aimed at reducing the burden of unnecessary regulation on businesses while maintaining Britain’s health and safety performance, which is among the best internationally. The Government has accepted his recommendations.”