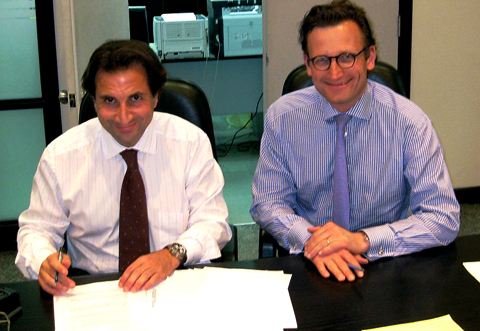 A German crane firm has signed a deal for 33 tower cranes with a new partner in Saudi Arabia. There is the possibility of more deals in the future.

The partnership is between Wolffkran, represented in the UAE by Kanoo, and Roots Group of Saudi Arabia. The new 7532-model tower cranes with trolley jib will be used in the construction of the Princess Noura University for Girls in Riyadh.

Since the deal was struck, two models, complete with trolley jib have already been delivered, and shipment of the rest has started. “Our strong engagement over the last years in Arabia has paid off: We are proud to win Roots Group as business partner and we are looking forward to a successful and long lasting cooperation,” says Dietrich Sell, KSA rep for Wolffkran.

In the next months a division representing the crane company  will be established by Roots Group, including a whole team, from general manager to service-staff, who will be responsible for marketing and service locally. Moreover an own fleet of cranes for hire will be equipped in the next months.

“We are ready to conquer new Arabian territories”, says Dr. Peter Schiefer, CEO and joint owner of Wolffkran. “The joint venture between our company and the Kanoo Group in Dubai has proved to be immensely successful.

With Roots Group [in Saudi Arabia] we have now found the right business partner to continue our Arabian success story,” he added.