The new range replaces the existing XS166 which is widely used by builders merchants and for other general purpose delivery type duties. The machines have load moments of up to 18 tonne/metres and can handle over 4.8 tonnes at a height of 19.5 metres and a radius of six metres.

Input to the new crane’s specification etc… included a total of nearly 1,500 customers and field experts, have resulted in a project focused on developing loader cranes with benefits in the areas of durability, performance and user friendliness. 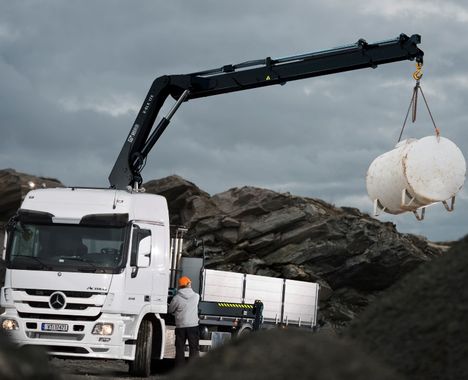 Other changes include it being far easier to mount to a chassis, and an improved load chart for both extension and lifting capacity as well as jibs. The new boom extension system is nearly twice as fast as the previous one and the entire hydraulic system is now tuned to deliver fuel economy and smooth, precise operation. The main control valve, the size of the tubing, the couplings and the pressure relief valves are all balanced, timed and optimised to eliminate vibration and excessive heat, while saving fuel. 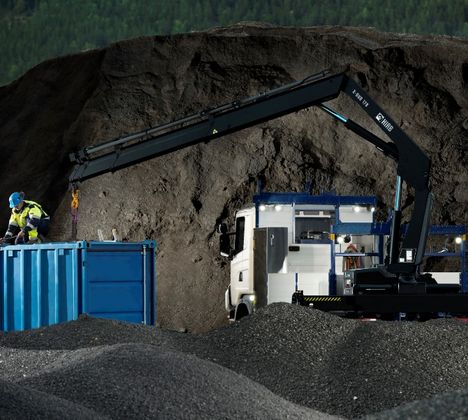 Hiab’s president Axel Leijonhufvud said: “70 years ago we put the very first loader cranes on the market. With the launch of the X-series we will be writing a new chapter in the history of Hiab and I’m fully convinced that we will be setting a new standard for future loader cranes.”

The new loader cranes of the X-series will replace the existing Hiab XS 166 and will be available on the global market during autumn 2013. More detail when we have it.