The crawler crane that slipped off a barge in South Whidbey Harbour, in Washington state last week, has been recovered.

The crane was lifted out of the water in three lifts, by a large floating crane owned by Orion Marine Group. The three lifts comprising the crane itself, the boom and the counterweight, were organised by the crane’s owner Neptune Marine, which had purchased the stricken crane only a week or so prior to the incident. 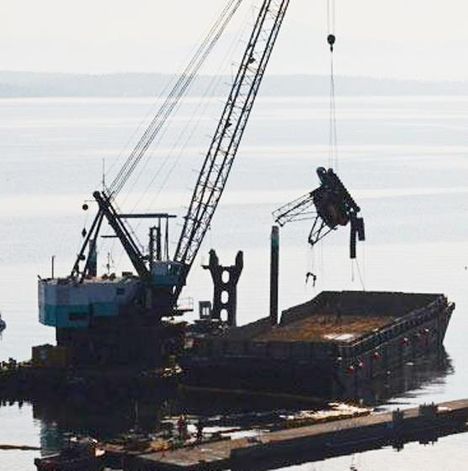 While two of the lifts went smoothly, the rigging on the counterweight broke just as the crane was lowering it onto the barge, however the dynamic loading was not sufficient to cause any damage and no one was injured.

Environmental inspectors claim that no diesel had leaked from the crane and that any oil on board the crane was vegetable based and caused no harm.