Bethany Klein, ex-boss of the department’s cranes and derricks division, testified at Lomma’s manslaughter trial that she wanted him cuffed in 2007 for failing to repair two tower cranes — including one that collapsed and killed the men in May 2008.

Klein testified that Lomma destroyed evidence — covering up the crack found in the turntable of the crane that would collapse on E. 91st St. 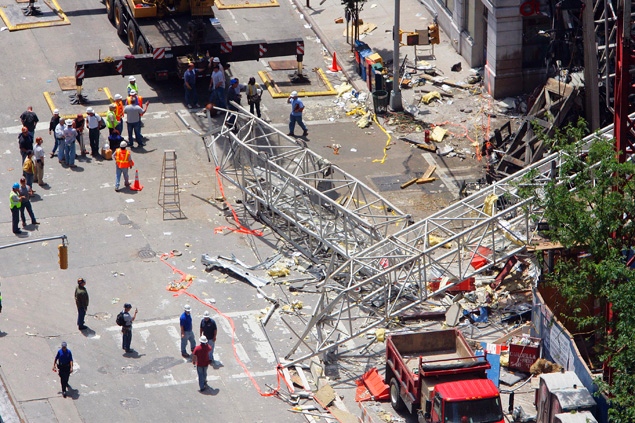 Upper East Side Crane Collapse, May 2008

The turntable was first discovered to have a crack in May 2007 at a W. 46st St. construction site.

Lomma had the part sent to China to have it repaired on the cheap, prosecutors charge.

She called Klein a “whistleblower” and said she was forced out of the department before the crane collapse – but after shining a spotlight on Lomma.

On the witness stand under questioning by Manhattan prosecutors, Klein said she wanted the part inspected to ensure Lomma’s four other aging cranes operating in the city were not about to fail.