An All Terrain crane has overturned on a hospital jobsite in Mulgrave, Victoria, Australia today, whilst placing steelwork on a new laboratory extension at a cardiac centre. No one was hurt in the incident. 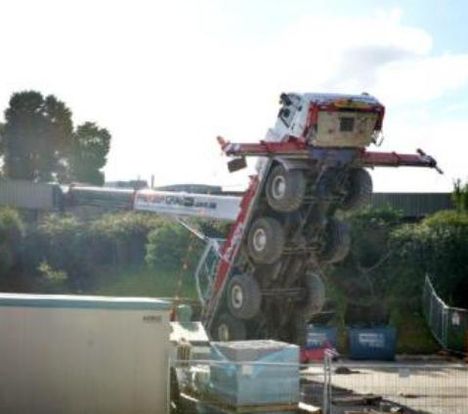 What caused the crane, a four axle Tadano Faun owned by Premier Cranes of Melbourne, to overturn is unclear as it was working from a well built temporary road and appears to be well set up. Premier runs a modern fleet of cranes and specialises in steel erection work.

The hospital was occupied at the time of the incident, but the crane boom came to rest on the steelwork it was putting up and had no effect on the coronary care ward below, which continued to operate as normal. 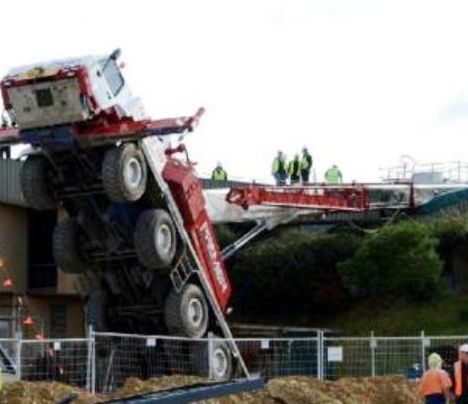 WorkSafe has been on site, and determined that the situation is under control