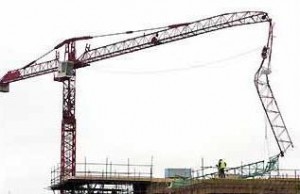 Two crane companies will be sentenced today over the deaths of two workers in Worthing in 2005.
Gary Miles, 37, and Steven Boatman, 45, were fatally injured when a 36m tower crane they were dismantling at a school site in Durrington collapsed. A third man, Dave Smith, who had been charged with loosening the bolts on the crane, suffered broken bones in the incident.

The men were all employees of Eurolift Tower Cranes – a company based in Aldershot – which was a subsidiary of WD Bennett Plant and Services.

Following an investigation by the Health and Safety Executive, Eurolift had pleaded guilty to two breaches of safety regulations.  WD Bennett, however, denied its charges. In March, a jury found the company guilty on two counts following a nine-day trial.

The jury heard Mr Smith, who had been helping dismantle the crane, was untrained and mistakenly loosened the wrong bolts.

The firms will both be sentenced at Chichester Crown Court.