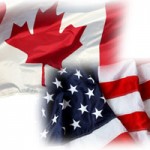 The British Columbia Association for Crane Safety (BCACS) has received official WorkSafe BC approval to move ahead with the Pilot Phase of a reciprocal certification programme with US crane operator and rigger certification providers, the US-based Crane Institute Certification (CIC) has announced.

According to Fraser Cocks, executive director of BCACS, British Columbia employers will voluntarily participate in the pilot and may offer employment opportunities to qualified US crane operators of mobile cranes, lattice boom friction cranes, and lattice boom hydraulic cranes.