A mobile crane overturned in West Fargo, North Dakota, yesterday, with the boom landing on a new building causing considerable damage. Thankfully no one was seriously hurt in the incident.

The building, currently under construction, is a new funeral home, which was close to completion. The crane, a truck mounted unit, is apparently owned by
Truck Utilities but was re-rented through Borsheim Crane Service. Truck Utilities said that the crane was not actually lifting anything when it went over, however the boom was almost fully extended. 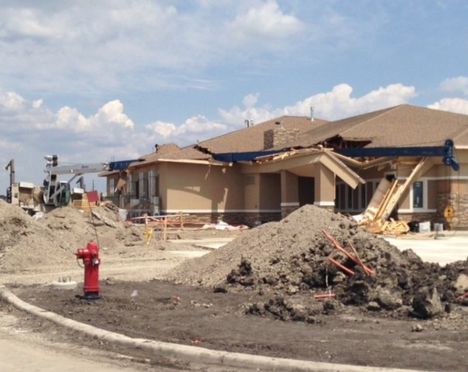 This and other reports suggest that the ground must have given way under the outriggers.