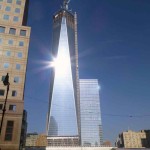 The New York City authorities have announced new legislation that limits the age of cranes operating in its jurisdiction. The bill prohibits mobile and tower cranes manufactured more than 25 years ago from operating in the city. It is the latest in a series of regulatory changes since two fatal accidents in 2008.

New York mayor Michael Bloomberg and buildings commissioner Robert LiMandri released a statement explaining the new bill. The document stated that cranes would be removed from service based on the original date of manufacture, or based on the age of the crane’s oldest component, depending on which was greater. Crane owners would also be required to outfit all cranes with load cycle counters to record data regarding every lift that a crane performs which the office of the mayor believed to be critical to setting maintenance schedules and overall operability over a crane’s service life.

The department said that it would require crane owners to update their crane fleet and make new cranes available will help maintain New York City’s position as a worldwide leader in construction. The bill was introduced to the city council at the request of the mayor, following years of research on practices in other jurisdictions and extensive engagement with the City’s development and construction stakeholders.

New York City’s mayor Michael Bloomberg, said: “New York City has some of the toughest crane regulations in the world, and we enforce crane regulations more stringently than anywhere else. Since 2008, the city has adopted more than 25 new construction safety laws, conducted tougher inspections and raised licensing standards for crane operators. This legislation builds on those efforts by ensuring only state-of-the art, highly reliable equipment is transforming New York City’s skyline.”

Since 2008, the New York authorities have increased their oversight of crane operations across the city, including expanded inspection checklists, more training for crane inspectors, updated exams, stricter licensing requirements and several new laws and requirements. Some of the regulations include: The requirement of national certification and mandatory re-testing every five years for licensed crane operators; The submitting of detailed plans for the erection/dismantling of a tower crane; The arrangement of a safety meeting prior to the erection, jumping and dismantling of a tower crane; A mandatory 30-hour safety training course for tower crane workers; The inspection and certification by the engineer of record prior to jump or climbing; Prohibition of the use of nylon slings unless recommended by the manufacturer; and the requirement of a third-party engineer inspection of a tower crane before an approval for erection.