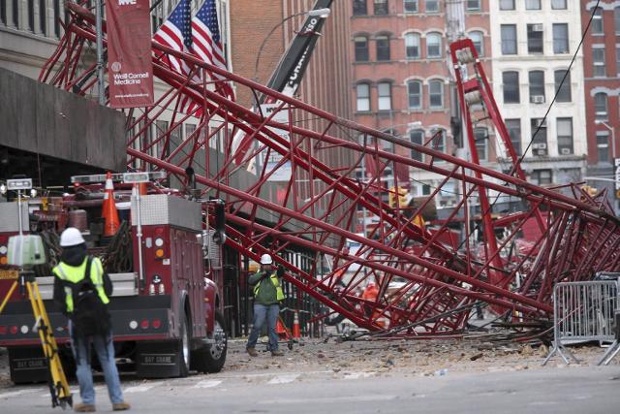 Investigators have ruled that the February crane accident that killed a passerby and seriously injured two others in Lower Manhattan in New York City, was caused by operator error and not high winds.

Reports from abc7ny.com indicate investigators obtained documents showing that the crane operator made mistakes when lowering the boom. The Department of Labor has hit the operator with two serious violations blaming the company for “not having any procedure or policy… regarding wind, ice and snow.” Another violation specifically faults the operator saying, “manufacturers procedures were not followed because the boom angle was lowered below 75°.”

It was reported that two days before the fatal collapse, a city inspector visited the site to inspect the crane, but the lattice-boom crawler was already in use. The crane company was fined $800. The operator is contesting the violations and fines