A marine crane on the bulk carrier Seapace broke free from its pedestal this week, seriously injuring the operator.

The incident occurred while unloading at the port of Bécancour, Quebec when the slew ring failed and the crane fell into the hold. The crane operator, 45, suffered a broken ankle among other injuries. He was probably lucky in that the crane landed on sand in the hold, rather than dropping onto the concrete quay or into the water. 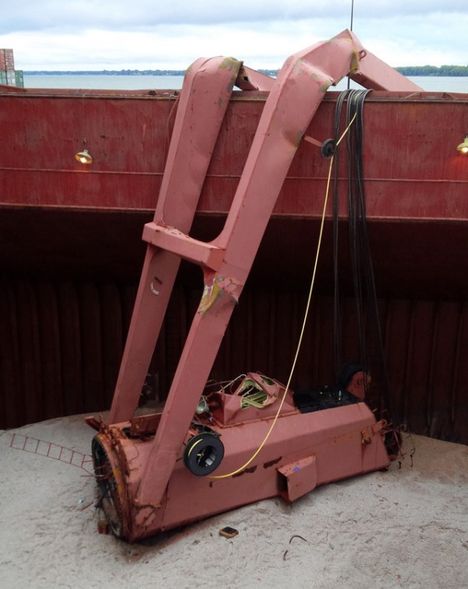 The crane landed in the hold

The Transportation Safety Board of Canada carried out a preliminary investigation of the incident and an inspector was due to arrive from Malta today, where the boat is registered. The ship is blocked from leaving port until the investigations are complete.

While the ship looks a little dilapidated it is relatively new having been launched from its Chinese yard in 2010. 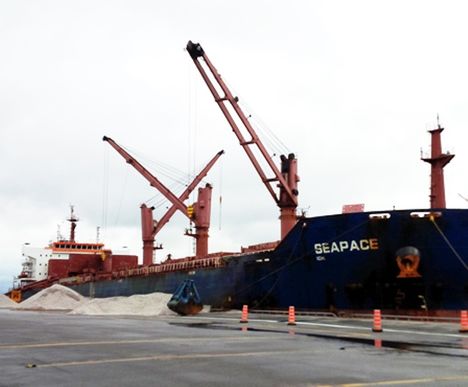 Seapace is stuck in port until the investigation is complete