A Rough Terrain crane fell into a river from a temporary bridge in Osaka, Japan, killing the operator yesterday.

The 25 tonne crane ended up in the Yodogawa River in Fukushima Ward, Osaka, on Wednesday morning. Police said that the crane had slipped over the edge of the bridge and dropped around four metres into the water. 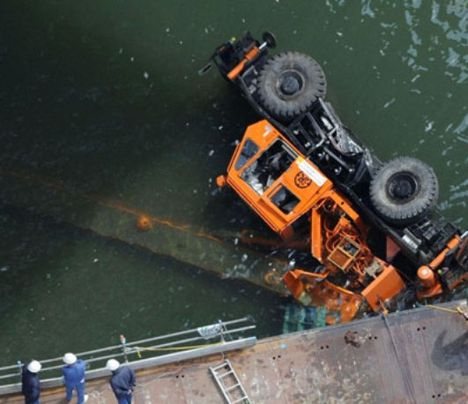 The operator, Takashi Kawaguchi, 68, was apparently not in the crane cab at the time, but was working on the machine. But he went into the water with the crane. That’s all the information we have received so far.