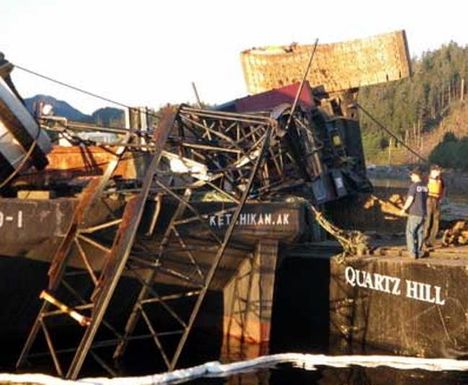 A Crawler crane working on a barge in Income Hybrid 3in1 Software Suite – CB Bestseller Ketchikan, Alaska overturned last week forcing two men into the water at Ward Cove near Ketchikan. The Coast Guard was called to find the two who apparently jumped overboard to avoid the falling crane on 50 metre barge Quartz Hill. We have few details of what caused the crane to tip over sideways, although reports say that it was lifting something out of the water when the lifting chains broke, dropping the load and causing the crane to go over backwards. The men clambered aboard the tug attached to the barge before the Coast Guard’s life boat arrived on the scene. There were no injuries.