A luffing jib tower crane has lost its jib on a site in Ealing, London these evening, no one has been injured in the incident and we do not know if it is related to the strong gusty winds currently in the area.

The crane, owned by rental company LTC – London Tower Cranes – was working on the Dickens Yard site in Ealing Broadway, currently being developed by St George. The operator was treated for shock, but was otherwise unhurt.

A spokesman for St George acknowledged that the incident had occurred, but said that it was not possible to comment at this stage on the possible cause. 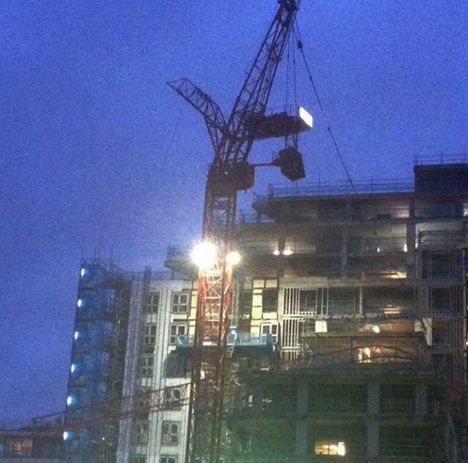 The crane this evening

The crane and jib which appears to have suffered from a sheared jib bolt, are said to be stable, although they will be monitored overnight for any further movement or risk.