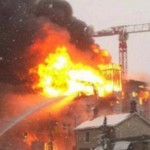 A helicopter successfully rescued a tower crane operator in Kingston, Ontario, Canada, yesterday as a fire raged on the job site beneath him.

The building under construction – a university student accommodation block – caught fire and turned into a major blaze that began at one point to spread to adjoining properties.

The crane operator sitting in his cab had no way to escape and no idea of how the base of his crane might fare in the extreme heat below, not to mention the smoke and fumes.

The helicopter from Canadian Forces Base in Trenton managed to winch the stranded operator on board, and fire-fighters eventually managed to contain the fire below, before it spread any further. 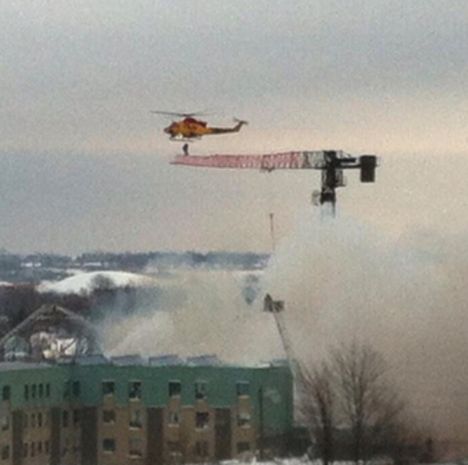 The crane operator is winched to safety.