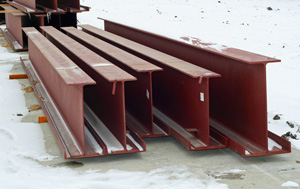 A worker suffered serious head injuries after being struck by steel beams which fell from a tower crane. City of London Magistrates Court heard how John Doyle Construction Ltd worker Stephen James was working on a development in Victoria, London in September 2007 when the incident occurred.