Tower crane goes over at BYU

A tower crane has tipped over at the Brigham Young University in Provo, Utah landing on the new buildings it was helping to construct.

The crane a large self-erector was working on the university’s new Heritage Hall buildings when it went over yesterday afternoon. No one was injured in the accident. 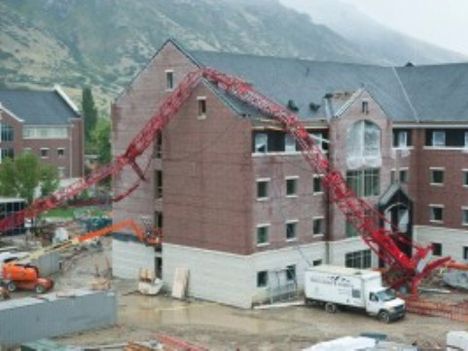 The photos that we have received are no where near good enough to learn anything apart from the fact that the crane lost stability. Whether it was due to overloading, an outrigger giving way it is impossible to say.

A student reported that the cranes counterweights fell off, but that almost certainly would have been after or as it tipped.

An Apple A Day Has Passed Away.

Crane goes over in Norway