A boom truck shut down a Burlington Northern Santa Fe line in the Chicago area after it overturned.

The incident occurred around midday on Wednesday, in the suburb of Westmont while a boom truck owned by Lyons, Illinois, based Runnion was lifting new gantry sections for an overhead railway signal into place. 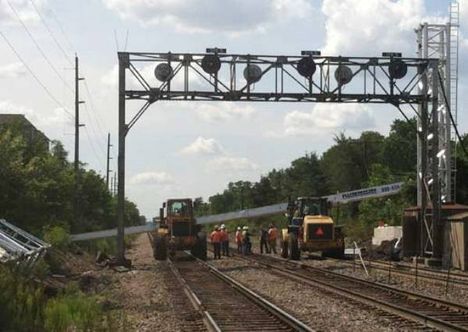 Witnesses say that the crane operator felt the unit start to go and jumped clear as it started to overturn, amazingly no one was injured.

The line was closed for around four hours while the boom truck’s boom was removed from the tracks with the help of two front end loaders and a road/rail boom truck. 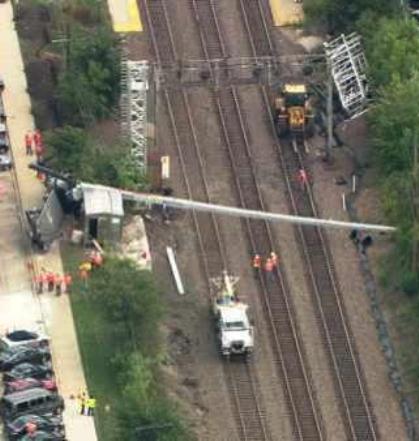 This looks like way too small a crane to be carrying out such potentially critical lifts, even though its capacity may have been sufficient, when lifting over active railway tracks, it is always wise to build in substantially more ‘fat’ than is normally necessary and use a larger crane, even if trains are prevented from running underneath the lift.

If this was an economy measure then it has proved to be a very costly one.