A tower crane has collapsed on to the roof of the Government’s cabinet office in Whitehall, London, following hurricane force winds throughout the southern half of the UK.

The building was evacuated around 7.00am this morning following the incident. Fortunately no one was injured. The jib of the crane, a Jost hydraulic luffer, was contained within the roof area of the building, and damage is – we understand – limited. 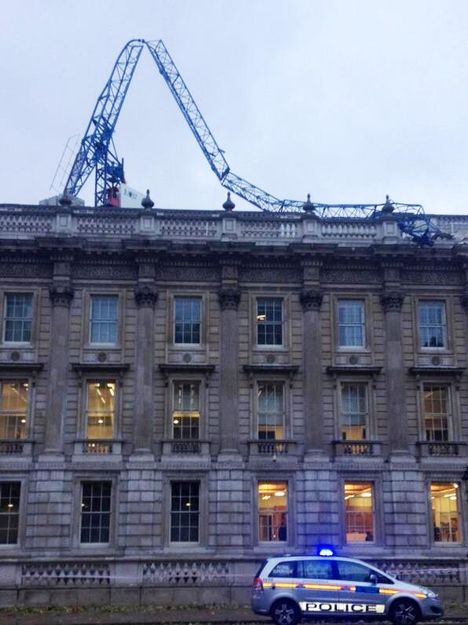 The crane, owned by City Lifting, was due to be dismantled yesterday, but winds were too high, and the job was postponed. The crane is now being removed.

Another Jost crane of the same type lost its jib in the Old Kent Road, in London, it is understood that the Jib’s lower bolts gave way when buffeted by the strong winds. Once again no one was injured in the incident. We understand that this is the same site and crane model that lost its jib earlier this year.

Click here to see Jost loses its jib in London 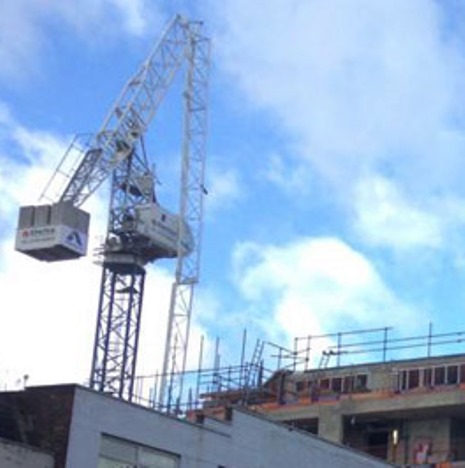 The Jost hydraulic luffing jib cranes have an unusually small out of service radius and can be slow to weathervane, especially when winds are made up of strong gusts that shift direction.

High winds also brought down several rows of facade scaffolding, and have left over 220,000 homes throughout the UK without power. Rail and air services have also been severely disrupted as winds of up to 70 mph have been recorded at Heathrow airport, cancelling 130 flights. 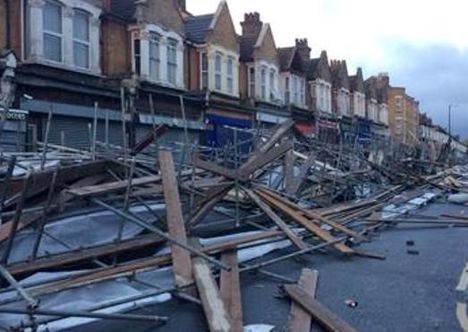 Several scaffolds were damaged or destroyed in London overnight