Between July 15th and September 30th Operation Skylark swooped on 90 sites in the construction and manufacturing sectors, and as a result 61 companies have been fined and two construction sites shut down while issues were rectified.

The majority of sites either belonged to companies which had experienced crane incidents in the past, or had a large number of cranes on site.

In total 189 issues were written up, the most common of which was a failure to keep cranes in good working condition, with inspectors finding corroded ropes, damaged safety latches on crane hooks, and faulty safety devices.

There have been three deaths and 12 dangerous incidents involving cranes in Singapore so far this year. 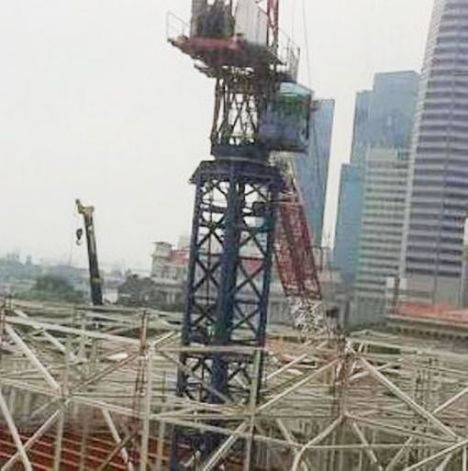