UK based crane sales and service company Crowland Cranes has installed a new Crypton rolling road that can test mobile cranes and truck mounted work platfroms with axle weights up to 20 tonnes.

The single axle roller mechanism is unusual in that it has a sliding bed so that the width can be adjusted to accommodate cranes with chassis widths from 2.4 to three metres and tyre sizes from 14:00 to 20:00 ensuring that the wheels sit properly and run in the centre of the rollers for greater accuracy and consistency. 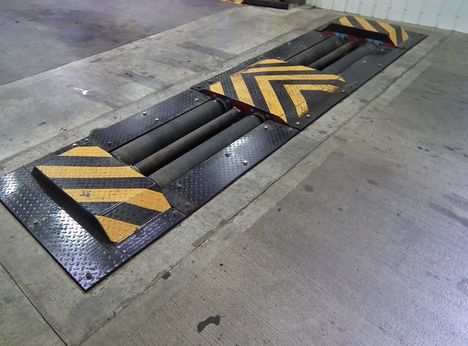 The device is operated via radio remote control allowing the test engineer to operate the crane brakes and control the test machine, for greater efficiency. The device also weighs and records the actual axle weight and compares it with its database – which is compiled either from previous tests, prior input or for the latest cranes from manufacturer’s data. 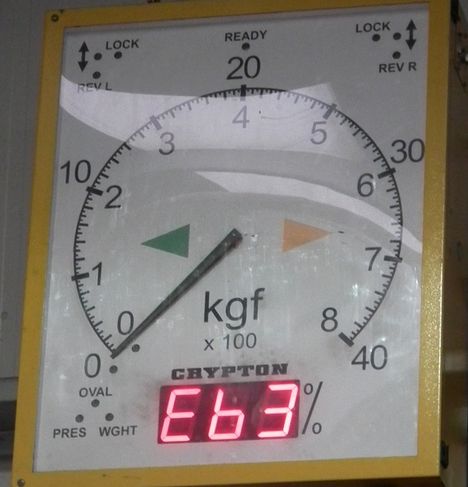 The UK crane rental industry has been debating the subject of mandated annual road worthiness tests- an MOT – which while required by commercial vehicles and cars is not a requirement for cranes. One argument against implementing such tests is the absence of test equipment that can handle the size and weights of most cranes.

While it is true that there are few rolling roads in the country that can accommodate mobile cranes, there are now a few – Liebherr GB for example has had a multi axle rolling road for many years and a few others do exist. If the rules changed it is certain we would see more service companies follow Crowland and Liebherr’s examples.