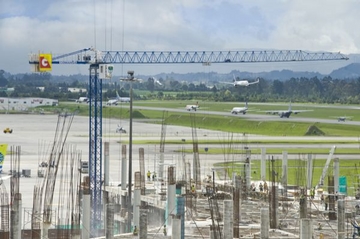 Three Linden Comansa flat top towers have been delivered for work on an extension of the El Dorado International Airport in Bogotá, Colombia. El Dorado is Latin America’s most active airport in terms of the flow of cargo and third most active in terms of passengers. The number of passengers increased in 2010, warranting a major upgrade.

The renovation plan has developed with the traffic increases over the past few years, expanding in 2008 to include demolishing and rebuilding of some buildings. After the construction of Terminal 2, a boarding building will be razed and work will commence on Terminal 1. 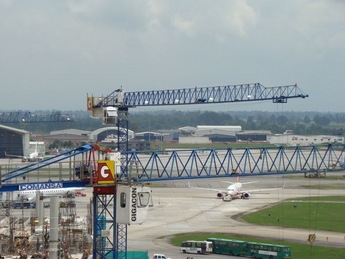 Starting in May of last year, the three 5 LC 5010 tower cranes, with maximum lifting capacities of 4–5t and jibs measuring 50m, have been working on the foundation, positioning reinforced concrete structures and moving materials.

In an operation that Comansa said was the most complex, one of the cranes was used with a mobile crane to 7t lift metallic main girders, which are part of the roof.

Gigacon, Comansa’s official dealer in Colombia, supplied the cranes. The firm, with 35 years of lifting experience, is one of the largest crane rental businesses in the nation, the company said.

Until 2027, the OPAIN consortium will manage the construction works valued at COP11bn (approximately €4bn or $5.5bn). 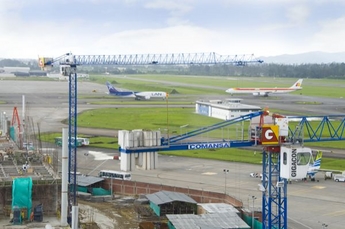 The expanded airport will have capacity for 28 million passengers when the works are complete in 2014.